Here’s a story for you.

When I was about 7 and my brother was 14, I remember the day when he came home from walking a school-sponsored walk of fifty miles inside one day. He pulled off his Adidas trainers and his feet were a mess of dinner-plate blisters, ready to pop and popped already. Everyone was amazed and while I couldn’t comprehend how far fifty miles was, I knew it was a serious achievement. I wanted to walk 50 miles too.

My opportunity came when I was maybe 16. The school organised it every three years, and this was my year. The day started well and in my mind there was no way that I wouldn’t finish this walk. Alas by about mile number 39 in the cold dark early hours of the next day, my mind was delirious with fatigue and ripe with hallucinations. I was walking alone along a rural country lane in the Essex countryside and I was convinced that I’d been left out there forgotten. Surely, everyone would have called it a day? The stubborn determination that runs through my brother’s veins had bled out of mine a long time back. I was done and this was not to be. Three years later, older, but none the wiser, I tried again and once again I failed.

Picture taken by the Sheffield Star of eighteen finishers from the fifty miler, Challenge4Charity, King Edward VII School, Sheffield circa 1996 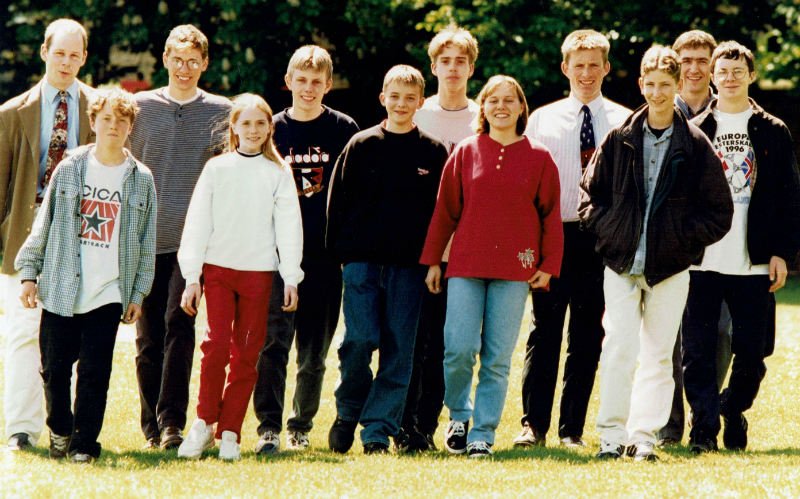 Years on and I was teaching maths at King Edward VII School in Sheffield. The itch was still there and it had to be scratched. But also I wanted to give the kids of this school the same opportunity to achieve this impossible dream too. After all, anyone can take part. No special kit required, just a sense of determination to keep putting one step ahead of the next.

And so it was, one morning at a staff meeting I proposed that I wanted to organise a sponsored walk. There was a general groan of tedious boredom, another day to celebrate mediocrity I guess is what people thought. But no, my walk would be 50 miles … in a day! The bored groans switched to jeers of insane derision. Fifty miles!? Was I mad? In one day? The head wanted to make it 25 or maybe 30 at the most.

So begrudgingly the head agreed. A team of staff (friends, kindred spirits, wise-heads) got behind me and helped me to organise a huge event made all the more difficult because mobile phones had only just been invented really. I certainly didn’t own one, and if I had it would (a) have had a dead battery inside 2 hours and (b) would have had no signal anyway because we’d be walking in the Peak District. Two hundred and sixty five walkers signed up for it mostly comprising school students, but with quite a few teachers and some parents too. We had fifty volunteers from teachers and parents marshalling all through the day. King Teds was a split site school, but on this day it was one single school united as a community in awe of this impossible challenge.

There was no way that this event was going to happen without me actually walking it. This was my baby and my year: my year to finally walk the 50 miles in one day. I think I was aged 26 years – so about ten years since my first attempt. Someone had to be the sweeper at the back – and so that was my role on the day. I set off at around 7am on that Saturday morning and maybe a few minutes before 7am the next day I’d completed the distance. Finally I’d done it – third time lucky I guess.

Monday morning and it turned out that of the 265 walkers, only 36 of us had achieved the distance. All the kids who had taken part were absolutely buzzing regardless of how far they had walked. It didn’t matter: they had all walked as far as they possibly thought they could.  It was even in the local paper – “50-mile walk? It’s no mean feet” read the headline. The kids were going round asking fellow walkers how far they had got. Amazingly it wasn’t the usual stars who had shined – it was Joe Public personified. It was to be the day for the under-dogs. Jackie Parker from Y7, aged just 11 was our youngest walker. I walked with her for the final 25 miles. I can’t imagine for a minute her mum ever thought she’d be returning to the house a day later – but she did with the biggest smile on her face too.

Everyone (bar the head) wanted me to organise it again. They wanted to have a second crack again at finishing the distance. Now they now knew it was achievable. And so I organised it again, and we had even more success. More under-dogs showing us what they could do. Jackie Parker turned up too and completed it a second time. (I wonder where she is now).

Since then I have organised the same walk for Sheffield University Officer Training Corps (from my days serving there as a member of the training team) and now I organise it through my business, Will4Adventure.

Every other year I organise this for a charity and completely voluntarily for no financial gain. I find a small charity that knows exactly how someone will benefit from however little or great a sum we will raise. The money will not disappear into an anonymous vat of cash but will serve a specific project somewhere. Over the years this has included children with autism, the Search and Rescue Dogs Association, the Peak District Mountain Rescue Organisation, and building an orphanage in rural Uganda. This year we’re raising money for kids in Asia who have type 1 diabetes, but don’t even realise why they’re so ill.

So now I offer you the same opportunity and to join us to walk fifty miles in one day. I don’t care how old you are, what experience you have, what kit you have or how fit you are. This is your walk, your chance to become part of this story. Walk it or run it, this year is your year and Saturday 27th April 2019 is the date – come and join us. 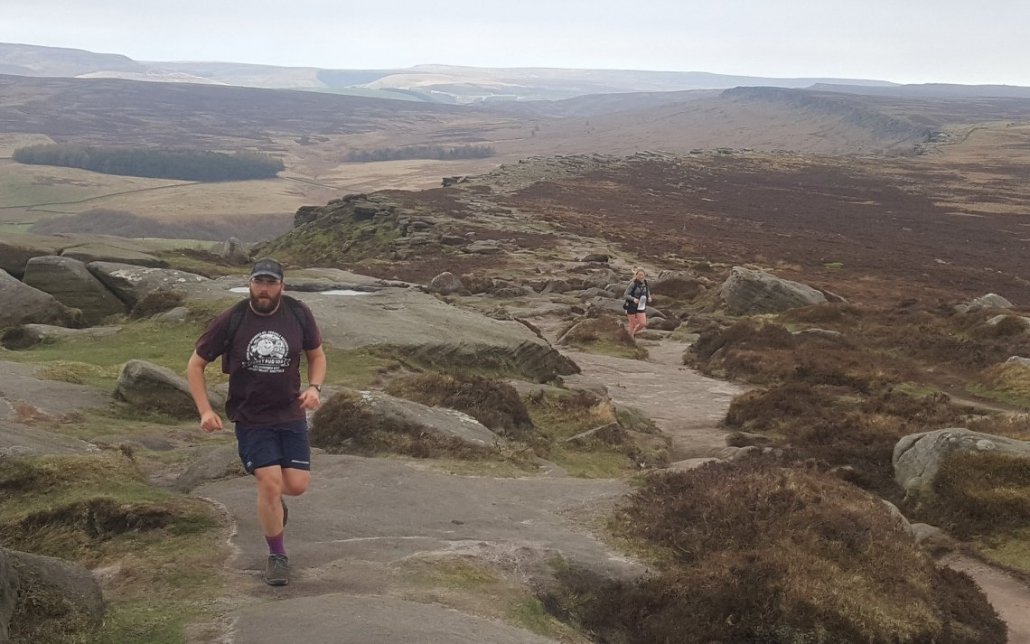 More reading to help you on your way …